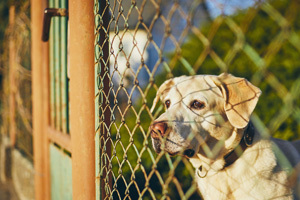 If you are here because you have questions about a dog attack, let us first say we are sorry you are dealing with this. No one wants to be reading up on their rights after an attack. The sad truth is that in Georgia, dog bite incidents are all too common. The vast majority of dogs are well-behaved and friendly companions but when you combine the wrong owner with the wrong breed, you get attacks. This is when you need the legal help of our Athens dog bite lawyers.

Most cities and counties in Georgia require an owner to keep their dog on a leash or fenced in at all times.

Georgia law recognizes that animals can be unpredictable and does not hold dog owners strictly liable for attacks by their dogs. The state focuses on foreseeability. Put in plain English, could the owner anticipate that Rex would bite someone someday based on his prior behavior.

The law says that dog owners are legally liable to victims in two general ways:

We have handled several cases for US Postal Service employees and FedEx and UPS drivers. In those cases, it frequently happens that the drivers on the route know about aggressive dogs and share information with each other.

Keep in mind that a second important part of dog bite cases is finding a source of insurance to cover your damages.

In one of our recent cases, our client got a broken ankle when running from an unleashed pit bull. The dog’s owner, who was also a homeowner, told us that she did not have insurance as a result of not paying her premium. After we filed suit, we soon found that she had been wrong about the cancellation date—she did have insurance after all.

Because misunderstandings like this are common, you need a lawyer who is able and willing to investigate all the facts of the case, instead of overlooking details that could cost you dearly.

A key question that often arises in animal injury cases is whether the owner of the animal had knowledge of the animal’s inclination to engage in the type of conduct that led to the other person’s injury. Indeed, courts rarely find the owner of an animal negligent if the owner had no reason to believe the animal would act in a manner that would occasion the injury of another. Consequently, plaintiffs in animal negligence cases are often tasked with providing evidence of an owner’s knowledge, which can be a tricky undertaking because few owners will readily admit to having such awareness. However, as demonstrated in a recent opinion from the Georgia Court of Appeals, Green v. Wilson, it remains possible to surmount this hurdle.

The plaintiff brought suit against the defendants, alleging common law negligence. The plaintiff argued that the defendants had knowledge of the collie’s propensity to act aggressively and chase people. At the conclusion of discovery, the defendants made a motion for summary judgment, which the trial court granted. The trial court concluded that there was no evidence in the record that demonstrated the collie had the propensity to engage in the particular act that caused the plaintiff’s injury. In a divided decision, the Court of Appeals found this conclusion to be in error and reversed.

Under Georgia law, “a dog owner will be liable . . . only if the owner has knowledge that the dog has the propensity to do the particular act . . . [that] caused the injury . . .” Wade v. American Nat. Ins. Co., 246 Ga. App. 458, 459 (1) (2000) (citations omitted). In this case, the majority found that the trial court looked at the evidence too narrowly. Indeed, the majority noted the cleaners testified that the collie, at least on one occasion, lunged and growled at them when they were at the defendants’ home. The majority found that this behavior was not meaningfully different from the dog absconding from the fenced enclosure and chasing the plaintiff. Therefore, there was evidence that the defendants had knowledge of the dog’s propensity to engage in the particular act that led to the plaintiff’s injury. As the majority noted, although a defendant must have reason to “to know of [an animal’s] propensity to do harm of the type [that] it [causes,] this does not mean an incident involving the exact same conduct and . . . injury must actually occur before the owner’s knowledge may be inferred.” Torrance v. Brennan, 209 Ga. App. 65, 67-68 (2) (1993) (citations omitted).

The dissent, however, believed this evidence of knowledge was insufficient. The dissenting judge noted that none of the cleaners testified to having ever been chased by the collie, and the record was devoid of any other evidence tending to demonstrate that the defendants had knowledge of the dog’s propensity to chase people. Since the standard requires knowledge of the “particular act” that caused the injury, the dissent concluded that a collie’s history of lunging and barking would not lead the defendants to reasonably anticipate that it would give chase to a person. Accordingly, in the dissenting judge’s view, evidence limited solely to the dog’s propensity to lunge is insufficient to show there existed a material issue of fact as to the defendant’s knowledge of the dog’s inclination to chase.

Fortunately, for both this plaintiff and others harmed in animal injury situations, the dissenting judge’s parsimonious view of what evidence is sufficient is not the position that the court endorsed. Reasonableness is often a question that is difficult for a judge to determine and is often best left for resolution by a jury.

Although a jury may ultimately determine that the dog’s history of lunging did not give the defendant knowledge sufficient for finding negligence, this plaintiff will, at least, get her day in court to prove it to a jury of her peers. As Green aptly demonstrates, a litigant must be prepared to overcome the many procedural obstacles that come before any trial.

The aid of experienced counsel goes a long way in helping to successfully advance your case through these stages, and the Athens dog bite lawyers at Christopher Simon Attorney at Law are ready to help you should you have a possible claim to pursue. If you have been injured in a possible case of animal negligence and are curious about the legal options you may have for recovery, do not hesitate to contact us for a free case consultation.