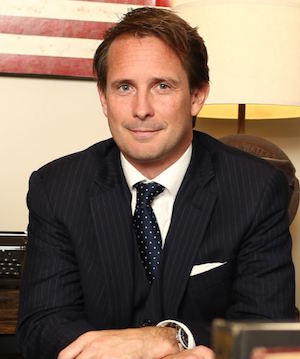 Mr. Simon specializes in serious injury and wrongful death cases. Chris graduated from the University of Virginia with a B.A. in Foreign Affairs in 1993 and obtained his Juris Doctorate from Mercer University in 1997.

Chris spent 9 years defending insurance companies while working for Barrickman, Allred and Young, Dennis Corry Porter & Smith, and as in-house counsel for Liberty Mutual Insurance. He left the world of defense and now represents Georgians against major insurance corporations. He has an intimate working knowledge of the strategies and tactics that will maximize his client’s ability to obtain just compensation for the harm done to them. In addition to being an accomplished trial lawyer, Chris is also a registered mediator in Georgia. He was recognized for his hard work by his peers with Super Lawyers recognition every year since 2009 and selection to the Top 100 list by Super Lawyers every year since 2014. He was selected to the Legal Elite list for 2010 and 2017 by Georgia Trend Magazine.

Chris has two children, Brantley and Churchill, and is active with their sports teams.